Ever wanted to know what it takes to be successful in architecture?

These are 5 habits that will help you become a better architecture student that every student needs to consider adapting.

Habits are so important. They control the way we spend most of our lives, yet we hardly ever pay much attention to them.

You might have developed some bad habits over time, perhaps without knowing. Bad habits can be detrimental to your success and is proven through science and history.

These are 5 habits that have been changing the way I study, that I’ve been developing as an architecture student, that can have a positive impact on your life too.

“I’ve seen other students presenting. It comes time for feedback and rather than listening to the teachers and the feedback they are giving them, that could be super helpful for moving forward in the next submission, instead they try to defend their work, and they’re trying to give reasons as to why their design is the best.

Really, we are students we need to be listening to this advice from the teachers, the professionals, who have done it. The ones who’ve been out in the field who are doing it themselves and have this knowledge already. “

Today is a really really exciting episode. I’m going to be talking about the five habits every architecture student needs to know and I’ll be adding an extra tip to the end as well as usual so stick around. Let’s get straight into it.

So habit number one is to always be on time. This is something I used to always struggle with this was a how bad habit I had which was to be late to my lessons be late to my Zune meetings be late to my submissions be light on my deadlines be late to pretty much everything because it’s a habit which is why this code the five habits every architecture she needs tonight.

So being on time is a habit if you always being late to stuff and getting stuff submitted late till being late to anything in the world it’s because it’s you’ve made it a habit either consciously or sub consciously and this is something I started doing that in the last episode which was talking about these habits and being consciously aware of the things you’re doing every single day so if you have a check that out go check out that episode thought be on time because this can be one of the biggest things that make you stand out from other students because most let’s be real the competition out there is not that high you know a lot of students a late to classes most students don’t rock up on time so when you’re sitting there in your lecture five minutes before everyone else on five minutes before the lecture starts you gonna be one of those teams that stands out and what happens when you’re T. to see this and then at the end of the year they’ve been approached by one of their friends who are who is an architect who says Hey you’re a lecture at this university could you point me in the right direction of a student who is looking for an internship or he wants and what he experienced in the field who does who they got me thinking that the only thing that that kid who’s sitting in the front right five minutes before everyone else got that and is on time to everything so you get that’s tip number one The Hobbit number one is to be on time and this is a habit because if you’re always going to be late to something this is going to be some it happens over and over so you need to get out of the habit and you need to stop decided to self would you rather be ten minutes early or minute light and if it’s the last if you’d rather be a minute late then you might want to rethink that so tip number Terry is to listen this means to listen to other students or the teachers on your car takes but I don’t know how many times I’ve seen in a critique I’ve seen other students presenting and then it comes to the feedback time and rather than listening to the teachers and the feedback they giving him that could be super helpful for moving forward in the next submission instead to try to defend it and they’re trying to give reasons as to why their design is the best when when really we are students we need to be listening to this advice from the teachers from the professionals who have done it who’ve been out in the field who are doing it themselves and have this knowledge already.

To listen to others to not just on the teachers some critics but to listen to other students who have feedback on your designs you know you don’t have to take on board everybody’s opinion about your project about some advice for life but it’s definitely going to be a great habit to listen to what I have to say and you can then filter out what’s important what’s not but it’s just important that you’re listening to other people and getting a different take that’s not your line on the things are happening around you so that’s have been number two is to listen moving on to number three this is to get plenty of sleep and this is a bit of a cliche this was bound to be in this episode I’m sorry but I’m gonna say it get plenty of sleep six to eight hours every night there’s no excuses here if you’re forcing yourself to working through the night it is going to wake up the next day and be unproductive and it’s just not.

Not a great habit to have safe it’s a great habit to have six to eight hours of sleep every night so you should definitely try and implement this into your life and it’s definitely doable they tell you so if you go too much what to do then you need to reorganize the way you spend your time and you need to restructure your daily retain to incorporate having six to eight hours in your day to number full happen before is to be proactive not reactive you might be thinking what’s the difference between being reactive and proactive and the thing is let’s think about the example of when you’re opening up your fine you might on Facebook and you start instantly reacting to things and thirty minutes because Boston you realize where the hell’s my time gone because you’ve just been reacting to everything that’s been put out in front of you being proactive is knowing what you’re spending your time on rather than just defending all these things that are coming out just imagine you’ve got a sword and a shield you just fighting awful these different deadlines and different goals that are coming out show and you need to get all the stuff done rather than being reactive you being pro active in your attacking things rather than being on the defense on the offense I said that’s super weird again I think it is everybody always say something super weird you are just in a weird way offense no offense I guess you can set either way when I going with this who knows so the idea is to be proactive rather than reactive and let’s move on to number five which is to practice new things to not get stuck on a single way of doing something you know if you really get a rabbit and even assignment coming up with you’ll have to design some kind of building and you realize that right it’s not really the right tool for it well this is a great opportunity to try something new maybe you teach is really good at using rhino this is the perfect opportunity for you to learn that and rather than sticking to your guns and using the tools that you already have maybe it’s a good idea to broaden your tool set and to try new things and maybe using rhino you’re going to find is a lot more easier than using reddit maybe not but you wouldn’t know unless you tried it sorry it’s definitely worth I’m practicing youth.

Things and not just getting stuck on a certain way of doing stuff so that was five habits architecture students need after the points to the as well a bonus habit which is to eat healthy because it seriously you know what you put in is what you’re gonna get out if you find that you’re always tied to your way stressed to you it’s just uncomfortable it’s more than likely just a case of not getting enough vitamins and minerals to keep you go inside that’s my six tips via little by an attack bonus what’s this video code point is have it so yeah give that a go eat healthier because it’s definitely affect the way that you’re living your life and it’s probably the biggest thing you can do as a student assistant eight healthy get plenty of sleep and then practice the other three or four habits that we’ve talked about in this in this episode so I encourage you guys to give that a go give those six habits ago you if you guys find it’s not for you check them out of your life if you find that that they they start working for you you can adapt them to your daily retaining your daily habits and I just want to thank you guys so much for making it all the way through you guys are the true champion to the true architecture students who was successful.

So thank you so much it means a lot to me if you guys haven’t already please subscribe to the YouTube channel there’s a button on the corner here or maybe that side give this video a thumbs up it really does help me out and leave a comment down below I’ll see you guys in the next episode of the success of the students podcast.

Get my new ebook! “How to Ace Any Project in Architecture School” http://successfularchistudent.com/how-to-ace-any-project/ 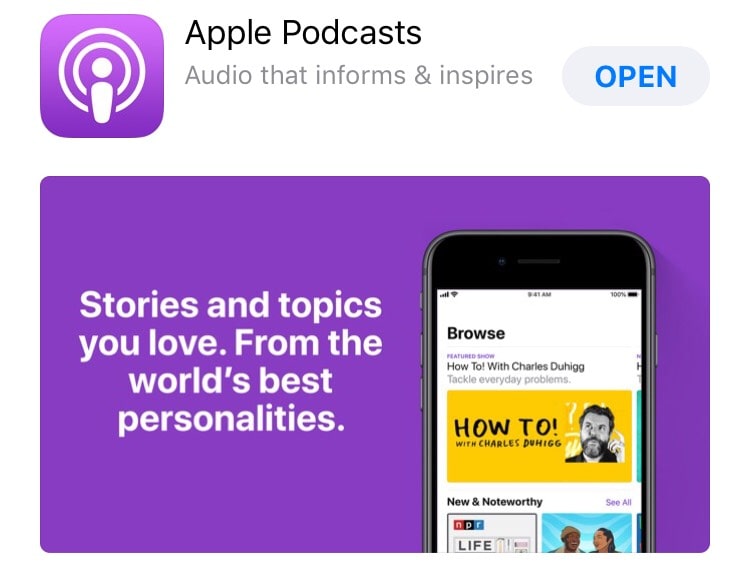 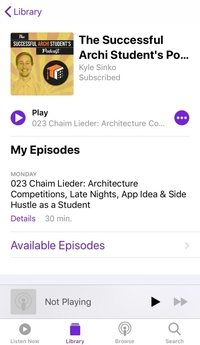 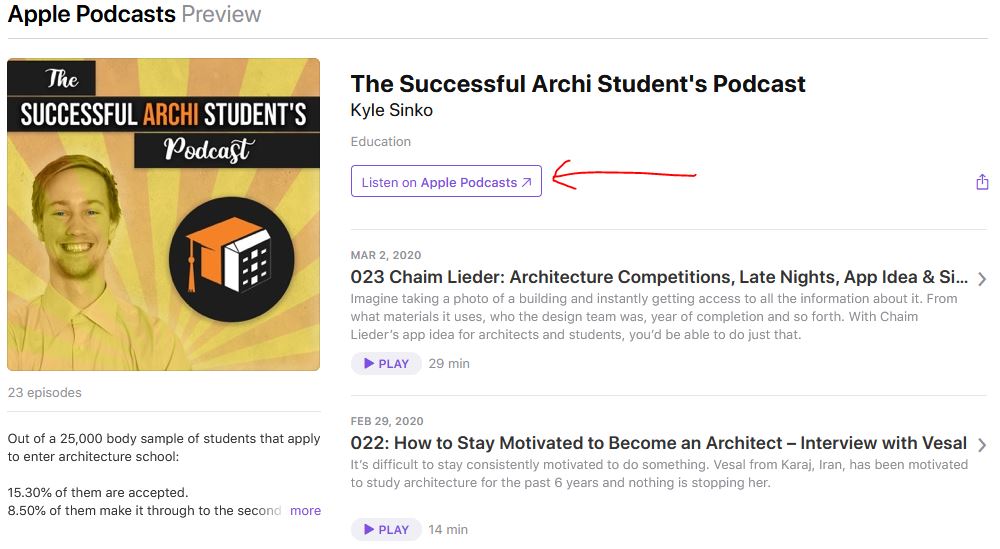 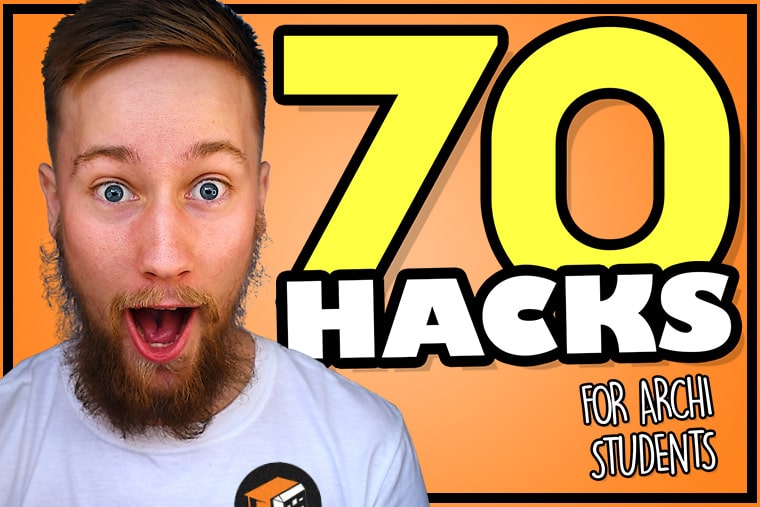 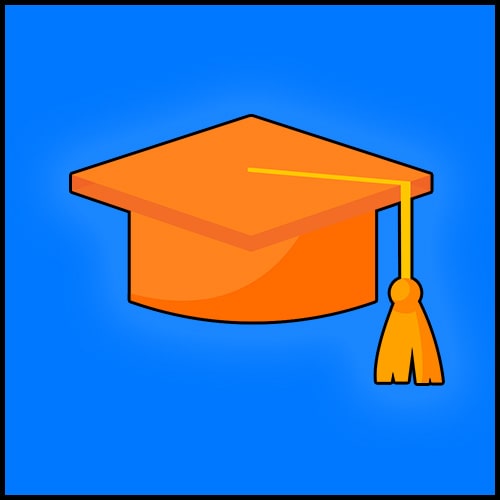